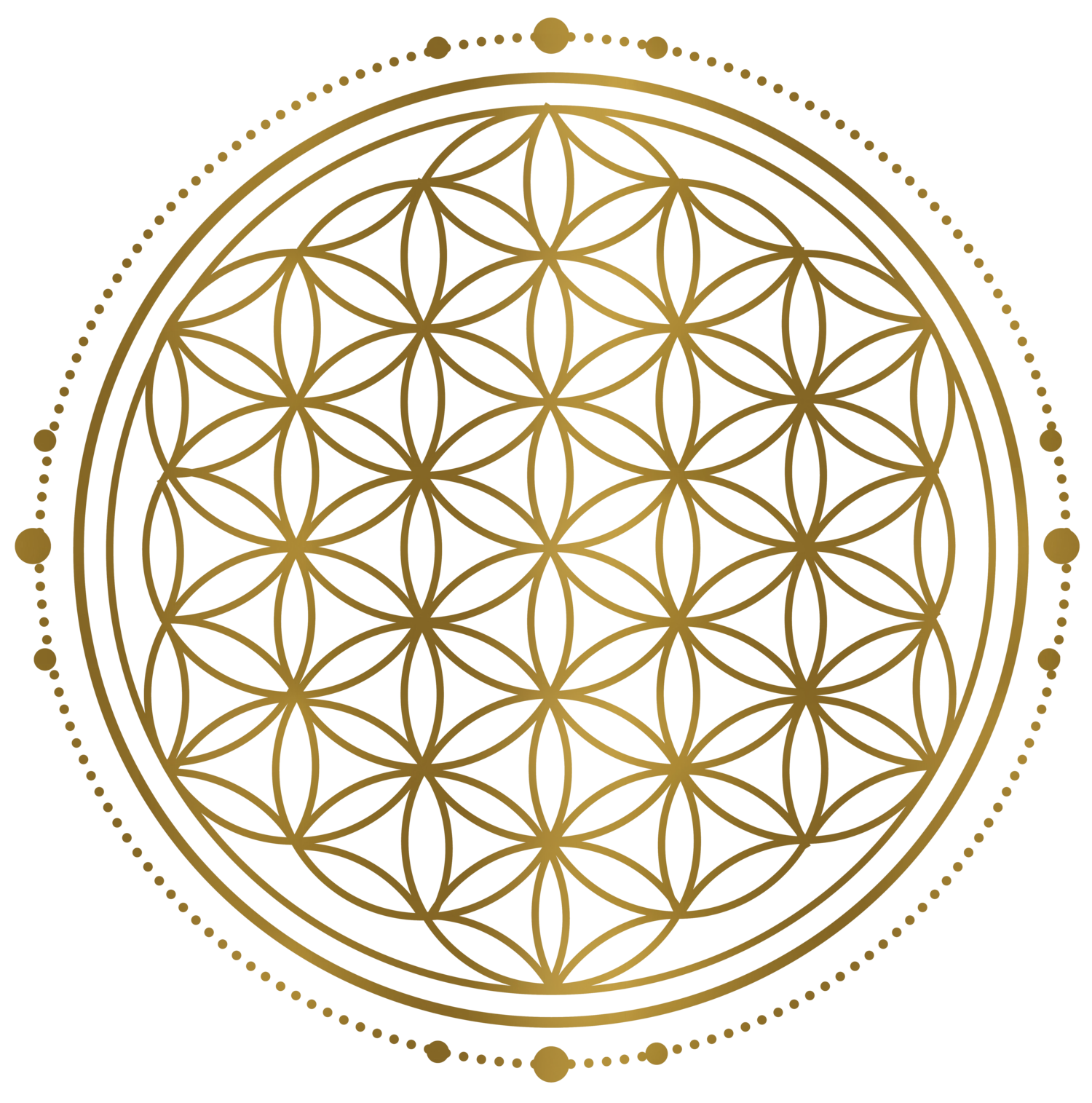 In mid to late 2015, I had been sick, unable to eat much for the previous two weeks, because of a bout of severe gastrointestinal upset that wasn’t getting any better. After a particularly bad weekend, eating food that I normally enjoy and could normally eat, I was on the toilet every hour for the next five hours. It then clicked in my mind that there was more going on in my body than a common gastro bug (which usually clear in a week).

I knew that allergic reactions to overconsumption of certain foods have these same effects, and I started researching how to have allergy testing. I surfed many websites, both western medicine and natural and traditional therapies. I was unimpressed with the standard (Western medicine) ways of testing for allergies by having a battery of blood tests which may not give a definitive answer (which weren’t covered by Medicare or my private health insurance and so were going to be prohibitively expensive), and the elimination method which takes a serious amount of time, but is unhelpful if you don’t even know where to start – which is where I was at.

My ill health came up in conversation with a friend of ours (my wife and I) and she gave us Zan’s contact details, as her son had gone to him for allergy testing. Having studied natural therapies (quite a few years ago now), I understood what Kineisology was and the principles behind it. Kineisology is not like a doctors appointment. It is a more interactive experience with the practitioner, who relies on your body’s cues to tell him what the root causes of your dis-ease are.

I rang Zan and after a brief discussion I made my first appointment. He made me feel at ease and explained things in a way I could understand.

The first appointment was a truly life changing experience. Zan identified a high level of Candida infection in my body, and major food groups I was intolerant to. We also explored my emotional distress and anxiety and sourced it to an event in my childhood. Zan assisted me through manipulation of trigger points and mental imagery to get past this childhood event (trauma) and kickstart my healing.

[Trauma in your childhood isn’t always about a dramatic physical injury or accident, nor emotional abuse or distress. It can be as simple as moving towns when you’re young (such as mine was), or an overheard comment made by a loved one, which as we get older we think we have forgotten and have no outward signs of even remembering it. That memory, buried deep in your spirit and subconscious for years, manifests itself into physical dis-ease. To treat something that has had a continuous effect on your body for so many years cannot be cured by popping a pill, you must get to the originating emotion and release it, then healing can begin.]

Eating the comfort foods (which is what I am intolerant to) has always been a vice. After the first appointment, I felt that Zan flicked a switch in my emotions and I no longer felt the need to eat those foods. As a result of dietary changes recommended by Zan, I have returned 30 kg in six months and I have more vitality in my life. (I say “returned the weight” not “lost weight”, as your subconscious mind will constantly “look” for something you have lost, but if it’s returned, you are not expecting it back.) Physical healing is only a part of what Zan does. He does assist with your emotional and spiritual healing, but he can only take you so far. You are the one who must want to make changes, your healing has to come from within. True deep healing of the mind, body and spirit is a rocky road – we all have buried feelings (whether we consciously know it or not), but it is worth it.

The only changes I made was diet – no gluten, no dairy, no sugar and low carbohydrate, following the acid/alkaline food regime. Once the Candida in my body was reduced to zero I was able to introduce low levels of carbs (& sugar) back into my diet, such as in potato, honey, coconut yoghurt and gluten and dairy free sweet snacks. However I have found that the sweet foods must be in moderation as my sweet tooth reduced dramatically and I was not craving sugary foods, but after a week of eating too many sweet biscuits, my sweet tooth returned with vengeance. So I needed to eliminate totally the sweet treats and carbs (rice & potato) for a short time, to lower my sugary cravings once again.

I made appointments approximately 6 -8 weeks apart until the Candida was cleared. It took many more emotional releases and buried memories to surface before I was able to move past and eliminate the Candida altogether. Kineisology and Zan are not just for when you are ill, regular appointments help keep me on track and move through surfacing emotions as they arise.

My wife has been extremely supportive, by removing all the foods I cannot have out of the house, this was especially important when trying to rid myself of Candida by removing the chocolate and sweet things. We both now eat simply and as fresh as possible and cook at home, rarely eating out. Once we found some easy gluten and dairy free recipes, cooking is not a chore and we can now appreciate the taste the food actually has, rather than being covered in cheese or sauce. The reason we put some many condiments on meals is that our long term use of sugar has “burnt” our taste buds. When sugar is eliminated, your palate resets and you can taste food again.

Thinking back on my health before seeing Zan, it was that I never felt well. I had suffered for as long as I could remember from gastric pains, bloating, and excessive gas, which over the long term I became used to, and I considered to be normal, that everyone feels this way all the time. I knew in my mind that I needed to do something about it, but seeing a doctor in the western medicine side would only give pills or nothing at all.

Zan has transformed my life, and he will transform yours as long as you are willing to go down the path that he points you towards. It is true that great things happen to us when we least expect and when we need them most – that is what Zan is to me.

I just wanted to write to let you know how far I have come since our sessions together.

Up until a year ago I seemed to be quite in control of my life, very determined and had an abundance of energy to tackle any situation that life threw at me.

Over a period of time I was losing control of everything around me, my marriage ended my career was going down hill and before I knew it I was burnt out and fatigued, my fogginess would not allow me to think clearly so I kept trying to walk through life which felt like walking through quick sand. I was excisting not living . Drs didnt have the time to assess me and work out what was wrong, other then trying to mask my issues with medication. There are so many over used cliches out there but I truly felt like I had hit rock bottom.

I always had respect for the holistic approach to health and I was referred to Zan through my natropath and the work began of getting to the bottom of who I was, why I am the way I am? why I think and act the way I do , through understanding myself better I could understand how I got to where I got, why I kept creating the same patterns in my life (both good and bad), through the understanding of myself I had such a better acceptance of things around me. Step by step we put back my life through tools Zan taught me.There where some amazing life changing phrases/tools/revolutions  I learnt which I put in practice every day of my life , leading by example and only thinking positive has an amazing effect not only on myself but for those around me.

Whilst it was the most challenging time of my life it has also been the most rewarding, the journey would not have been possible without the help of Zan I had the answers buried deep down within me, I needed a guru like Zan to facilitate and direct me towards my light.

From the moment she could sit as a child (approx. 6mths old), our child would rock or push.  This meant that while she was trying to eat in her highchair, or being pushed around the shops in a trolley, she would often hold her breath and appear to push (bring her knees upward and lean forward).  This was often confused with her needing to go to the toilet, however as time went on we realised this was not the case, but many doctors and child health nurses could not advise us as to what was causing this action as there was no medical explanation for it.

As she got older (around 4 years old) we were able to pin point that this rocking/pushing would occur more often when our child was tired, or when something ‘stressful’ was happening to her.  For example, when new learnings were introduced at Kindy, or talk of school the following year.

This came to a head when she started Prep, because the rocking/pushing was taking up precious time which meant that she wasn’t able to finish activities, and this was identified as a potential issue in respect to her education.

Zan was able to provide a very calm and positive environment during our session with him.  My child is usually shy around new people, but she really warmed to Zan quickly.  During our session, Zan was able to pinpoint that our child was experiencing anxiety, and had been essentially since birth.  Along with performing kinesiology on my child, Zan provided us with some very practical, and very unique-to-our child, solutions to assist us going forward.  Our session with Zan did not seem to be limited by time – I genuinely felt that he was not timing us, he simply ended the session when he was confident that we had processed all of the information he gave us.

Within weeks after our appointment with Zan, we realised we hadn’t noticed our child pushing anymore.  Her teacher also confirmed this.  When times of stress occur now, we refer to the strategies that Zan taught us and they help her immensely.  There is no doubt in my mind that we will be meeting with Zan regularly as my child grows, to give her balance, self-awareness and self-confidence as a young lady.

There are truly no words to express how grateful we are, for helping us conquer anxiety in our child, Zan.  Thank you so very much.

See you next week,
Staecy